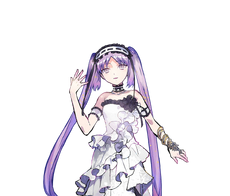 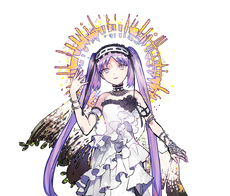 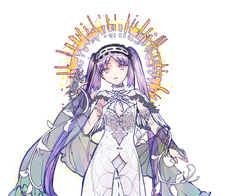 Stheno appears in the "Septem" Singularity, being summoned independently on an island of to the shore of Galia. She is also accompanied by Elizabeth Bathory and Tamamo Cat. Ritsuka Fujimaru, Mash Kyrielight and Nero arrive to her island, after having heard rumors of a god residing there. Stheno instructs them to venture into a cave where she tells to be a treasure. However, the cave only holds monsters like skeletons and even a chimera, that had been prepared by Stheno herself. The Protagonist's group though emerge from the cave and are confronted by Stheno, Elizabeth and Tamamo Cat. After they also defeat Caligula who shows up to defeat Nero and her allies, Stheno reveals to them the location of the United Roman Empire's base. The Protagonist's group then leaves the island.

Retrieved from "https://typemoon.fandom.com/wiki/Assassin_(Fate/Grand_Order_-_Stheno)?oldid=141321"
Community content is available under CC-BY-SA unless otherwise noted.