Fate/Grand Order Arcade (フェイト/グランドオーダー アーケード, Feito/Gurando Ōdā Ākēdo?) is an arcade fighting game based on the setting of Fate/Grand Order, planned by Delightworks, developed and published by Sega, and licensed by TYPE-MOON. It was released in select Japanese arcades on July 26, 2018.

The plot of Arcade, despite initially appearing to take place within the same continuity as Fate/Grand Order, takes place in its own world. Outside of loading screen summaries, the game lacked an actual story for much of its first three years, only getting dialogue as of the Sixth Singularity.

The Chaldea of Fate/Grand Order is referred to as the Chaldea from far away (彼方のカルデアを?) by the Lion King, also visiting from a "holy land in a singularity far away from here".[1] 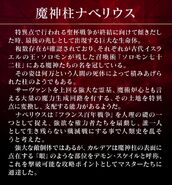 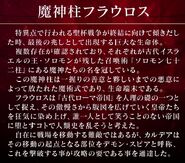 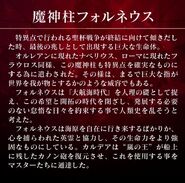 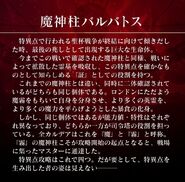 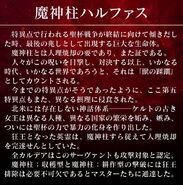 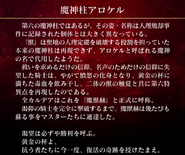 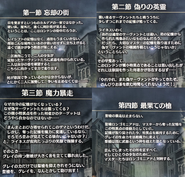 Each game session is started by scanning a previously purchased Arcade Game IC Card to the machine to load save data. Next, the player purchases a set amount of Game Points ( GP) for 1 credit, either 300 GP or 900 GP, to begin the game. GP is consumed as the game progresses. After registering their Master name and gender, players are given a tutorial of the game's controls. After the tutorial is complete, a physical card of Mash Kyrielight is issued.

Fate/Grand Order Arcade uses a gacha system when obtaining Servants and Craft Essences. Servants and Craft Essences are obtained through two different ways: singular summon and ten times summon. A singular summon is done by using the Quest Reward Call earned from battle and 1 credit. A ten times summon uses two different methods. One method is using 2500 Holy Grains and 10 credits. Another method is using 100 Mana Prisms and 10 credits. A ten times summon is limited to five times a month. After a Servant or Craft Esscence is obtained, a physical card of it is issued to the player. When a Servant ascends, a physical card of their new ascension is issued. Summoned duplicates can be converted into Mana Prisms.

When starting a battle, the player load their card deck (a total of 30 cards) into the deck reader. A party is then organized by selecting Servants to use and Craft Essences to equip to said Servants.

Fate/Grand Order Arcade is a real-time action game while still using the Command Card System. Since only one Servant can be controlled at a time, an Extra Attack isn't initiated by selecting three Command Cards for the same Servant in a row. Instead, an Extra Attack is initiated by selected three gold decorated Command Cards for the player controlled Servant in a row. If the player waits for the target cursor on the enemy to turn gold before attack, an unblockable attack can be unleashed. After an attack combo, a Servant is unable to attack or guard until their Command Cards reload. The speed of an attack depends on type of Command Card selected, with Quick Cards obviously being fast. Damage from enemy attacks can be prevented by either dashing or guarding. Continuously dashing depletes the Magic Gauge, which recovers with inactivity. Repeatedly guarding against enemy attacks fills the Guard Burst gauge. Once the gauge is filled, an unblockable attack that knocks away enemies can be unleashed. The total amount of magic power, consumption of magic power when avoiding, speed of magic power recovery, speed of Command Card redraws, etc. vary depending on the class. The Critical Star mechanic still remains, however critical chance changes depending on the distance the enemy is attack.

Grail War is 3v3 competitive multiplayer mode. Once each player chooses their parties, the match will begin. The goal is for each team to kill as many Servants as possible before time runs out. The Servant who kills the seventh Servant will obtain the Holy Grail. The Servant holding the Grail earns more points for their team when killing enemy Servants.

The arcade game initially appeared to have mainly superficial differences from the mobile version, such as an altered release schedule for some Servants and special events, as well as arcade-exclusive welfare Servants, events and costumes. With the implementation of the North American Singularity, it was clear that the main story actually diverged significantly from the mobile version.

Limited "Adventure Mode" dialogue was added on March 9th, 2021 following the release of the Jerusalem Singularity, as it marked the most significant divergence from the mobile version.