Fate/Grand Order Duel -collection figure- (フェイト／グランドオーダーヂュエル?) is a board and figure collection game designed by DELiGHTWORKS. Similarly to the mobile game, it relies on action cards to make each player's servants fight. It was released on August 1st, 2018 in North America and Japan. So far as of December 2021, 10 series of servants have been released with an extra version of Mash Kyrielight in her swimsuit attire being released on March 3rd, 2020. 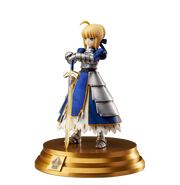 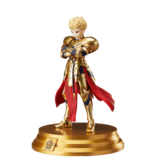