Fate/strange Fake (フェイト/ストレンジフェイク, Feito/ Sutorenji Feiku?, originally stylized as Fate/strange fake and alternatively stylized as Fate strange Fake) is an ongoing light novel created by Ryohgo NaritaWP, started in 2015 and illustrated by Shidzuki Morii. It expands on the setting of an April Fool's joke published by Narita on his website in 2008 and its short story adaptation in Type-Moon Ace 2 magazine in 2009.

Fate/strange Fake takes place around 2009.[1] The plot centers around a Grail War faultily copied from the Third Holy Grail War in Fuyuki. After the end of the third Grail War, an organization from the United States that has magi separate from the London-based Mage Association as members took data from Fuyuki's Grail War and planned their own ritual. After seventy years, they used the city Snowfield as the Sacred Land for their own Grail War. They were unable to successfully copy every aspect of the ritual, which led to it acting only as an imitation that has lost the Saber class and allowed for the summoning of strange Servants due to the definition of "hero" being blurred.

The Mage's Association has sent Rohngall and his pupil, Faldeus, to investigate the city and the status of the war. Faldeus, a spy from the US organization, has Rohngall sniped upon arrival, despite knowing that Rohngall was simply a puppet. He announces that their Holy Grail War has been in development and that it is real, which causes an uproar at the Clock Tower, and wishes to "advertise" the project to the Association.

Fillia
Einzbern Homunculus responsible for Ayaka's participation.
Little Red Riding Hood
Apparition that appears to Ayaka.
Cashura
He is a magus working for the US government. Granted Command Spells by the Grail, he was planning to summon King Arthur, but summoned Saber instead. Killed during the summoning, Ayaka usurps the contract.
Archer
Bazdilot Cordelion
The master of True Archer.
True Archer
The Distorted Hero, Alcides.
Scladio Family
Lancer
Sigma
The master of Watcher. He himself is meant to become True Lancer.
Watcher
A unique Servant, that is supposed to guide Sigma into becoming the True Lancer.
Watcher's Shadows
Seven individuals manifested as the "shadows" of Watcher.

Characters involved with the Holy Church.

Hansa Cervantes
A priest and a member of the Holy Church sent to act as unofficial Overseer.
Quartet
Hansa's followers.
Delmio Cervantes
Adoptive father of Hansa.
Dilo
Bishop of the church who discovered Hansa.

Characters involved with the Mage's Association.

Citizens unrelated to the proceedings of the Holy Grail Wars

Flueger
Avi Dikhail, Carl Lexarm, Hyouma Sagara, Silvelt Kotcheff, and Zugzwang
Independent magi attempting to defeat Flat Escardos and False Berserker. They were all killed by Assassin of Black in the Fate/Apocrypha world, reacting with unknown fear when Berserker takes on her appearance.

Characters from Fuyuki City mentioned in the story.

Fate/strange Fake was originally placed on Narita's homepage on April 1, 2008 under the title of "Fake/states night." It was presented as a prologue and introduction for a role playing style game as an April Fool's joke. The text was later edited and released in the form of a novel with the Type-Moon Ace 2 magazine. It was a stand-alone novel with illustrations by Shidzuki Morii and an afterword by the author. It had an epilogue describing the Player character.

Years later, it was announced that both a novel and manga series would be officially published, and a brief trailer was made. The first novel was given an additional three chapters and released for sale in 2015. The epilogue with the Player character was removed in place of Ayaka Sajyou. 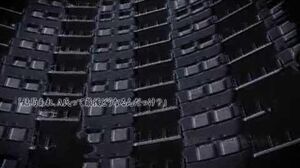 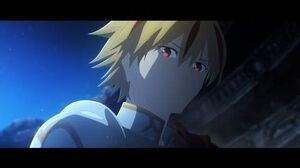