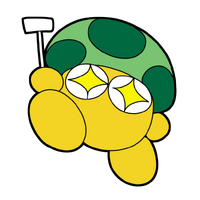 Kinoko Nasu (奈須 きのこ, Nasu Kinoko?) (born 28 November 1973) is a Japanese author, best known for writing the visual novels Tsukihime and Fate/stay night. Renowned for a unique style of storytelling and prose, Nasu is amongst the most prominent visual novelists in Japan.

Together with high school classmate and friend, Takeuchi Takashi, Nasu formed TYPE-MOON in 2000, originally as a dōjin group to create the visual novel Tsukihime, which soon gained immense popularity, much of which is attributed to Nasu's unique style of storytelling. A sequel to Tsukihime, Kagetsu Tohya, was released on August 2001.

Following the success of Tsukihime, TYPE-MOON became a commercial organization. On 28 January 2004, TYPE-MOON released Fate/stay night, written by Nasu; it too gained great success, becoming one of the most popular visual novels on the day of its release. A sequel to Fate/stay night, Fate/hollow ataraxia, was released on October 28, 2005. Both of Nasu's visual novel works (Tsukihime and Fate/stay night) have been adapted to popular anime and manga series.

He is generally portrayed as a mushroom in TYPE-MOON works, as Nasu and Kinoko mean eggplant and mushroom in Japanese. There is a zipper on the mushroom's back, implying that a human could be controlling it from inside, but the veracity of that idea is unknown even to Nasu himself.[1] He is known as a mushroom-type fairy that does nothing but play games appears in the office late at night.[2] In his hand, he carries a Conceptual Weapon called "Occult hammer".[3]

Nasu's origin would be "Games"[4] and his Reality Marble, Neverland Overdrive (ネバーランド・オーバードライブ, Nebārando Ōbādoraibu?), which is a world where he can play games forever without aging. Unfortunately for him, there is sometimes a devil called "deadline" that enters.

If Nasu were to participate in the Holy Grail War, he would summon either Iskandar or Medusa.[5]

Among Nasu's earlier works are the novels Kara no Kyoukai, originally released in 1998 and re-printed in 2004, Notes, Mahou Tsukai no Yoru and Koori no Hana.

Nasu has authored the following: