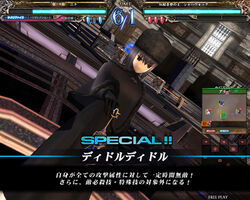 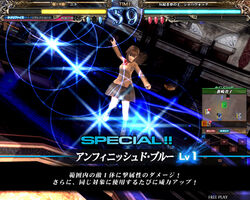 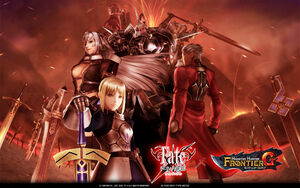 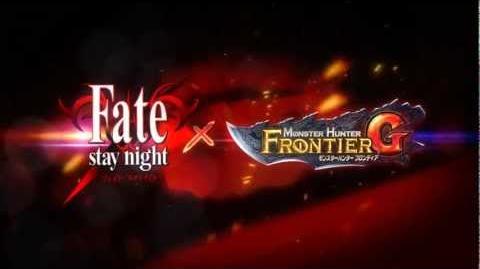 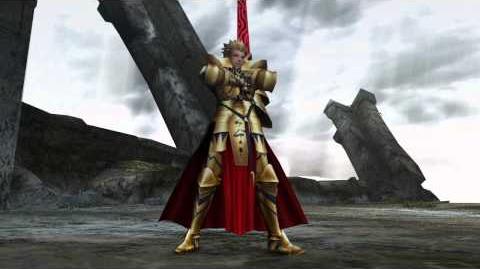 Phantasy Star Online 2 was released for Microsoft Windows and for PlayStation Vita. Phantasy Star Online 2 has collaborated with Type-Moon bring Fate/stay night and Fate/kaleid liner PRISMA☆ILLYA costumes, weapon cameos, and voices from the series. These will arrive, along with a new Emergency Quest, on November 27th, 2013. 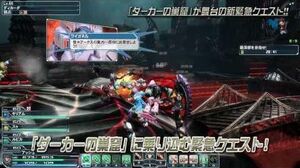 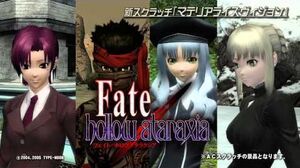 Infinity includes Gilgamesh's King of Heroes Armor (英雄王の鎧?) and Ea, as a 50% Lightning Sword, and Rin Tohsaka's clothing, Absolute Layer (アブソリュートレイヤー?), and Jeweled Sword of Zelretch, as a 50% Light Saber.[5]

Red Dragon (レッドドラゴン?) is a non-TYPE-MOON Role-Playing-Fiction project involving Kinoko Nasu, Gen Urobuchi, Ryohgo Narita, Izuki Kougyoku, the author of the light novel Mimizuku to Yoru no Ou, and Simadoriru, who works with the Stripe Pattern doujin circle. Hosted by the publisher Seikaisha, it will be a six day tabletop RPG session played by the various writers with Makoto Sanda as the Fiction Master. Much like the Record of Lodoss War series, its replays will be serialized on their official website during January 2012. The members of the staff have prepared one thousand pages and two hundred illustrations for the scenario over the period of a year, so that the authors may enjoy their session.[6]

Takashi Takeuchi helped celebrate the 25th anniversary of the Record of Lodoss War light novels and the 30th anniversary of Comptiq with an illustrated poster included in the 30th anniversary issue of the magazine. It is a illustration of Saber and Deedlit, an elf shaman from the series. The illustration was first unveiled as a 3mx3m poster in Akihabara on October 28, 2013, and smaller images were distributed around the area as well. Takeuchi, an admittedly huge fan of the series, was quite happy with the Comptiq editorial department asking him to make the illustration.[7]

World Conquest Zvezda Plot is an anime co-written by Meteo Hoshizora and credited to TYPE-MOON. As part of the advertising campaign, featuring the characters "conquering" websites, the official TYPE-MOON webpage was given a large banner with the word "conquest" and several main characters linking to the main site of the "campaign."[8]

Retrieved from "https://typemoon.fandom.com/wiki/List_of_TYPE-MOON_media?oldid=62154"
Community content is available under CC-BY-SA unless otherwise noted.