Mahoutsukai no Yoru (魔法使いの夜, Mahōtsukai no Yoru?, A Magician's Night), abbreviated as Mahoyo (まほよ?) and officially translated as Witch on the Holy Night, is a visual novel created by TYPE-MOON, which was originally released on April 12, 2012. It features Aoko Aozaki as the main character.

An HD rerelease including voice acting will be released in December 2022, and will include official translations into English and Chinese.[1] A movie adaptation by ufotable has also been announced.

Set near the end of the Shōwa periodWP in the late 1980s, an old mansion in Misaki Town is rumored to be the home of a witch.

Aoko abruptly enters the world of magi after her grandfather suddenly decides to have Aoko become the Aozaki family's successor. Since then, Aoko moves into the Kuonji Mansion and begins to learn magecraft from the young magus Alice Kuonji, the rumored witch of the mansion. After witnessing the two using magecraft, Soujuurou Shizuki is also forced to live with them until a rune to remove his memories is discovered.

Aoko Aozaki (蒼崎青子, Aozaki Aoko?)
The first protagonist of the story, a high school student who was spontaneously chosen to become the head of the Aozaki Family. The newest magician wielding Magic Blue, the Fifth Magic.

Alice Kuonji (久遠寺有珠, Kuonji Arisu?)
A natural born witch, the daughter of the elder son of the wealthy Kuonji family and a witch he fell in love with, who lives alone in a mansion. She is emotionally detached and self-abusive, thus she does not form relationships easily, but gradually comes to accept Aoko as a friend. She has been acquainted with the Aozaki family for over ten years and serves as Aoko's partner and teacher.

Soujuurou Shizuki (静希草十郎, Shizuki Sōjūrō?)
The second protagonist of the story, a young man from a rural location who is still adjusting to living in the city and as a normal high school student. He is seemingly warm-hearted, but this is in fact due to his lack of a sense of "self". He winds up living at the Kuonji mansion as well, despite Alice's attempts to drive him away by ignoring him, Alice develops uncertain feelings toward him.

Touko Aozaki (蒼崎橙子, Aozaki Touko?)
Aoko's older sister, regarded as a genius magus in the Aozaki family, who believed that their magical lineage was dying out. She and Aoko don't get along particularly well. Alice enjoys Touko's company because she is a person who can truly understand Alice, though Alice does little to stop Aoko and Touko from fighting.

Lugh Beowulf (ルゥ ベオウルフ, Ru Beōrufu?)
An ageless nature spirit who takes the form of a golden werewolf or a fair-haired young boy. His existence is similar to the True Ancestors that appeared in Tsukihime. Other werewolves once revered him as the werewolf who would revive their race, but after his true nature was discovered, he was sold to Touko Aozaki.

The original Mahoutsukai no Yoru, written in 1996, was the novel that first established the currently known Nasuverse. Nasu and his colleagues thought at that point that he wouldn't be able to write anything better than it for the next ten years.[2] In high school, he was inspired by the first episode of Neon Genesis Evangelion and he thought of writing a novel. Nasu wrote roughly 400 pages and he tried to enter it into several writing competitions in 1996 but it was unsuccessful, and the work was merely passed around by his friends. Nasu tried to send the novel to the Fujimi Shobo publisher but he found it difficult to keep it under 350 pages and left the novel unreleased. In the end, he only printed less than 5 copies of the original draft. Some of the characters from the original story were drawn by Takashi Takeuchi for his old personal website.[3]

After forming TYPE-MOON with Takeuchi and with the successes of his later visual novel works Tsukihime and Fate/stay night, Takeuchi suggested remaking Mahoutsukai no Yoru so it could be released before their next planned project Girls' Work. TYPE-MOON announced that it was working on the story as its latest visual novel project, with further details of the project to be published in Type-Moon Ace. Unlike TYPE-MOON's previous games, Mahoutsukai no Yoru is not an adult game.

Takashi Takeuchi illustrated Aoko, Touko and Alice in the Character Material, though Hirokazu Koyama would be the lead artist in the final product.

The ending theme song to Mahoutsukai no Yoru is On a Night like this, filled with Shining Stars (星が瞬くこんな夜に, Hoshi ga Matataku Konna Yoru ni?) by supercell.

It has since been revealed that there are two sequels in the works.[4]

It was publicly announced in April 2008 and the game was set to be released sometime in 2009, but after several delays, the game received a September 2010 release date. In September, however, TYPE-MOON announced that the release date has been pushed back to winter 2011, and later to sometime in 2011. A free game demo was made available on December 15, 2011. 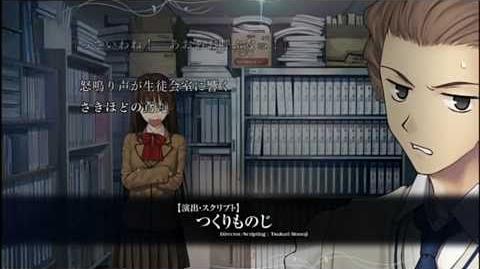 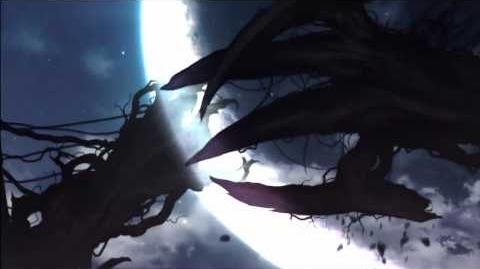 Commentary located in the code for the game's script.