TYPE-MOON Wiki
Register
Don't have an account?
Sign In
Advertisement
in: Servants, Characters in Fate/Grand Order, Brynhildr's Beloved,
and 14 more

Trojan War, The Iliad, The Odyssey[1]

A hero that is found within Greek Mythology, being the main character of the Homeric epic “The Odyssey”. In “The Iliad” he is shown taking part in the Trojan War.

During the Trojan War he performed great deeds as the most cunning and craftful member of the Achaeans. After the loss of Achilles in battle, Troy ended up falling to the Trojan Horse plan devised by Odysseus. Soon after the conquest of Troy had come to a conclusion, Odysseus set out on a journey to return to his beloved Penelope. However, on the way back he encountered many dangers…. The vicious one-eyed giant, Cyclopes. The curses of Poseidon. The witch Circe and the nymph Calypso’s temptations. The song of the Sirens. The strait of the monster, Scylla. The wrath of Helios. Nevertheless, in the end he overcame these difficulties and though having made many sacrifices, he made his way back to Penelope’s side.

“The weight and pain of taking just one step forward? ---- I am familiar with how much it can take.”

A hero of the Trojan War and a member of the greatest family of adventurers in Greek mythology. A man that truly surpassed numerous adversities and went on uncountable adventures. The fact that his name was the origin for “The Odyssey” is not to be underestimated. 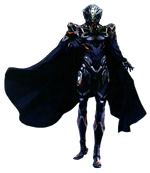 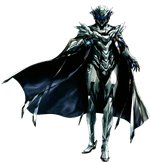 A man with an unyielding will. Though he may brag and boast of his adventures, Odysseus is a man who will prove his words. He says he’ll bring down Troy? He’ll bring it down. He says he’ll escape from the latches of a temptress? He’ll get away. He says he’ll defeat monsters and demons? He’ll defeat them. And finally, he says he’ll return back to Penelope’s side? You’re damn right he’ll eventually get back to her.

Odysseus is often the object of affection from enchanting women (which he has rejected), and the admiration of many men who were involved in the Trojan War. It is with this in mind that he has been admired as popular. While Odysseus believes there is nothing he cannot do when he has the advantage, and can therefore be susceptible to pride, he is oblivious to the notion he was a popular person due to the seriousness of his campaigns. In fact, he takes the loyalty of others around him in the past with a heavy heart because he feels responsibility for their deaths. His values can be described as such, per his words: "...knowledge and patience, reason and decision, and love and hope, are the key to victory."

In his dialogue with other servants, Odysseus engages with a good attitude towards Greeks, Trojans, and others, in spite of any past issues with them; however, he is hesitant to treat his Noble Phantasm as a form of entertainment with Europa.

Atlantis: Ocean in the Age of Titans[]

Rider was one of the many Servants summoned to participate on the assault of Olympus before the arrival of Chaldea. He was defeated by his Lostbelt counterpart, granting him knowledge of Rider's life in the Greater History of Man.

He can unleash a variety of beams from his hands, ranging from short-ranged beams to a burst of smaller beams. Small satelites can be called from the armor's back to unleash energy beams, or be used to charge a much larger beam that Odysseus fires from his hand. He can achieve temporary flight with the armor to violently charge into his enemies. He can also unleash explosives burst of energy with his physical attacks.[2]

His main Noble Phantasm, Troia Hippos, summons forth the famed Trojan Horse donned in the divine armor of the Aigis. Upon the release of its true name, it transforms into its obliteration form, which looks similar to a giant, and unleashes a massive energy beam on Odysseus' enemies.[1]

Odysseus is illustrated by redjuice.