TYPE-MOON Wiki
Register
Don't have an account?
Sign In
Advertisement
in: Terminology in Tsukihime Remake, Vampires, Dead Apostles,
and 4 more

The Ancestors have existed for three thousand years. They are primarily individualistic, with the exclusion of the five representing the League of the Age of Gods (神代連盟, Jindai Renmei?), and not all of the Ancestors are enemies of mankind.[1] The original twenty-seven were those who were able to escape their existence as "emergency rations" for the True Ancestors. As of the modern day, there are the "elders" of the BC era and the "upstarts" of the AD era.[2]

As of modern day, some positions have been rendered empty, the total verified being twenty-one as of the 2010s AD. Their complete defeat is an irregular occurrence. Two are sealed by the Holy Church, but such a process takes one hundred years to accomplish for a single Ancestor.[1]

The rank of Ancestor only exists in Tsukihime Worlds, so the grouping is not present in Fate Worlds. The Dead Apostles who would make up the grouping still exist in Fate Worlds, but their activities and statuses may differ. In Fate worlds, Zepia Eltnam Oberon never becomes the Night of Wallachia, Gransurg Blackmore is destroyed between 300AD and 500AD and Kischur Zelretch Schweinorg does not become a Dead Apostle but becomes immortal through other means. Their rank reaches that of Superior Dead Apostle. 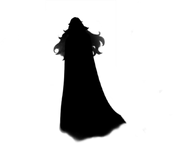 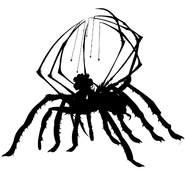 Idea Blood: Hemonomic Principle (, Ideaburaddo?) is the blood that makes an Ancestor an Ancestor, said to be the "mandate (戒め, Imashime?) of the Original Cause (大本, Ōmoto?, "Root/Origin") engraved upon their soul". A "Truth" that they have each attained, the worldview that makes up the foundation of their "thirst". It can be called a Dead Apostle's thesis, purpose for living and their undying curse. A singularity that paints over the planet's physical laws just by circulating blood. Wherever an Ancestor asserts their Idea Blood becomes their territory, subject to the influence of their Principle curse. Arcueid compares it to a "crown" as the inheritance of the Idea Blood will raise the inheritor to a Rank IX Ancestor regardless of their original rank.[3] The inheritor must possess a "millennium-class foundation" for it to function properly and be able to create and use their Bounded Field,[3] typically inherited by a Rank VIII Successor created by the previous Ancestor.[4] Typically a lesser Dead Apostle of a few hundred years, such as the former Rank VI Vlov Arkhangel, would be crushed by the curse of the Idea Blood, but he was able to withstand it due to the combat experience he had cultivated in his capacity as a knight of the dark ages in the medieval era and his own tenacity,[3] which defeated the Curse that encompassed the entirety of his flesh. A pride on the level of a mere twenty years surmounted a madness that exceeded a thousand years.

The Idea Blood remains after the defeat of an Ancestor. It can be utilized to facilitate magecraft, Ciel using Chromclay Petastructure's Idea Blood to utilize a variation of Chromclay's Bounded Field and using Be'ze's Idea Blood to actualize a spell.

Each Ancestor has a Principle (原理, Genri?) associated with them. It is a sort of curse that manifests as a unique power distinct from their other properties as a vampire. The Principle is linked to the Idea Blood, and is granted to the Idea Blood's inheritor. It is also possible for new Idea Bloods to be created, as Magi who became Dead Apostles and then later became Ancestors are those who created their own Idea Blood through a vast amount of time and research. According to Mario Gallo Bestino, most of the Ancestors' Principles originate from something that the individual vampires studied when they were human, and after they became vampires, such Principles become their "purpose for living" and path to obtaining true immortality.

Some names are only partially visible. Names ending with * are incomplete.

First announced in 2012, Kinoko Nasu stated the designs for the list of Ancestors was only half complete and that some had been removed due to restructuring for the remake of Tsukihime.[5] As of 2021 following the announcement of Tsukihime -A piece of blue glass moon-, Nasu stated that they had officially updated the list of Ancestors. Due to the increasing scope of abilities since the release of Fate/stay night, such as the world-threatening antagonists of Fate/Grand Order, the level of power to be made into a top rank Ancestor in the original release was lacking in comparison. The Ancestors of the original release who were deemed "relatively amazing" were those who were cut, Nasu deciding that "having decent strength and abilities doesn't cut" for the new standard of Ancestors. Taking the Remake's final scope into consideration, Nasu compiled the members to be removed, the members to be added, and the existing members to be upgraded. He regrets not having made them stronger in the original release.[6]