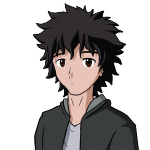 Master: when they left me I was but the learner

Running Away Technique
A
Procastination
B
(Yawn)
EX
Wasting Time
A

Friendzoned
Anti-Self
EX
Hi. I'm Garmagic, but you can just call me "Gar", if you like (though nobody does). I am from Spain, so I might not speak English as well as you guys do, but so far I have a level of B2+, pretty close to reaching C1.

I was introduced to the Fate franchise two years ago, when a friend of mine recommended me Fate/Zero. It literally blew my head, though my biggest mistake was watching it BEFORE Fate/stay night. Considering that it is a sequel and reveals major plot points, such as Rin and Sakura being siblings. I also read the novel. Probably the only thing that I'm ever gonna read.

But of course, how could I know? Ufotable's adaptations of Zero and UBW haven't reached my country! I think we did have the Deen adaptation of the Fate route, but I don't think it had much success. But don't get me wrong. I think it was a good adaptation. I can't find it in the Spanish dub, though.
*Note:* Personally, I think that Sam Riegel was a better Shirou Emiya than Bryce Papenbrook in the english dub.

Thanks to Netflix, we do have Fate/Apocrypha and Fate/Extra Last Encore, but... It's just not the same, and you know why. Nothing made by Ufotable has a spanish dub D:

Right now, I'm currently selling my soul to Angra Mainyu by playing Fate/Grand Order. Getting the Servant I want in that goddamn gacha is as hard as f*ck exchanging magical energy!

My favorite heroine from Stay Night is Rin. She's smart, serious and a tsundere (I like tsunderes). My second favorite is Sakura, and my less favorite is Saber. That's my hierarchy, though I might have placed Rider above Sakura (which I did after reading Hollow Ataraxia).

As for overall Servants go, one of my favorites is Jalter, but that's because of the fanarts, which mostly depicted her as a tsundere. That's why I felt a little disappointed with the actual Jalter, not showing any of the traits that the fanarts promised me. Still, as Neco-Arc Chaos said, "men are corrupted by darkness". I got extremely lucky of summoning her in F/GO.

Another of my favorite Servants is Tomoe Gozen. She's loyal and protective, and the fact that she likes video games makes her adorable. I think that I would get along better with her than with Jalter, but on the other hand, I believe that she would be friendzoning me when the subject of Yashinaka is brought up. I got the honor of having her summoned on F/GO.

My third favorite Servant, and outside waifu intentions, is Scáthach. I'd rather a student-teacher interaction with her, kinda like Waver and Rider. I'm not saying that I'd leave her outside waifu possibilities, of course, but I find that difficult. I didn't get the chance of summoning her on F/GO, having only her summer version, thing isn't bad, but not the real thing.

My fourth in mind would be Nitocris because of her calm composure but bit of short temper (or just call it tsundere, 'cause that's one of the main reasons). Plus, that fourth ascension art is fantastic. I also have her in F/GO.

My fifth is Rama. I like tragic heroes and I find his motivation the most justified to obtain the Grail. I don't have him on F/GO, though.

My sixth would be Hassan of Serenity, mainly for waifu material but also for her tragic condition. Her motivation, dedication to her Master and pure cuteness are heartening. I have her in F/GO, but I don't use her much due to having more practical Servants.

My seventh and last in mind would be Asterios, again for his tragic story but also because he is friendlier than most Servants despite being a literal half-beast. His Noble Phantasm isn't much in the game but it could be turned into a Reality Marble that ranks all their enemies's stats and separates them, picking them apart one by one. I have him in F/GO, but... I mean, he's a 1 Star.

And because there's no Rider in this list, I'd say my eighth is Perseus. I know, technically he isn't an existing Servant outside that mini-movie of Prototype, but he is an interesting one. And plus, he has five Noble Phantasms. I couldn't choose any of the other Riders because I either don't know them enough, or just don't feel interested on them.

I also watched the Kara no Kyoukai films. Beautifotable! I also read the Tsukihime manga. Can't wait for the remake (or a slightly possible anime adaptation?).

Master of Caster (Isabella the Catholic)

Kuramoto (grandfather)
Yeah, I like making up fan fictions though most of them are for myself and are kept in my notes, never to be written in a literature format.

I am working in an universe that I made up myself, though. Nut so far, all I'm doing is making up the characters and giving them a backstory. I mainly got influence from Bionicle, many titles of the Tales series (highly recommended), a bit of Type-MOON and much from the Irish Mythology.

But let's stop talking about me. Let's talk about me!

Mahiro’s first ancestors date back to the XVIII century, from a family of illusionists. At the beginning of the XIX century, the family started to face their downfall as the number of Magic Circuits of their offspring was starting to decrease until Mahiro’s great grandfather was born with just 8 Magic Circuits. Having lost hope on his lineage and already about to die, he passed down his Crest to his son, Kuramoto, and told him to do whatever he pleased with it. Kuramoto tried to practice Magecraft to honor his memory, but he had even less potential than him, so hw just kept the knowledge of their family but gave up on becoming a Magus.

Kuramoto had two children, but none of them had any better potential than him, so he didn’t reveal his identity as a Magus and decided to end the lineage with him. Surprisingly, the son of his youngest son, Mahiro, was the first member of his family to be born with more than 10 Circuits in almost a century, so Kuramoto chose to make him his successor. He revealed his identity as a Magus only to him and he started to invite him to his house under the pretext of helping him with his homework, but in reality he was teaching him Magecraft in secret.

When his grandson was 17, Kuramoto’s wife passed away, so knowing that his time was growing short, he passed down his Magic Crest to him and named him the new head of the Gotou Family, but he still was the only member who knew that they were a legacy of Magi. Kuramoto passed away four years later, leaving him as the only Magus of his family. In his grandfather's will, he inherited his house, and even though he still lives with his parents, he goes there from time to time to clean it up, practice Magecraft and isolate himself.

Mahiro is mainly carefree and lazy but quiet and introverted at the same time. Up until now, he has only done what he was told and he never made his own decisions. Now that he has reached adulthood, he is faced with a future in which he doesn’t know what to do. He received too much help during his childhood with his studies, and as such, he doesn’t value his own effort. Furthermore, he prefers not to make commitments because he thinks that he’ll probably fail at that commitment.

Due to not knowing any other Magus and having to keep it as a secret from everyone else, Mahiro has always felt a little isolated from his friends and family. He even learned “to have fun alone”, so he doesn’t have many social skills and because of that, he feels uncomfortable when he’s in a conversation between more than two people. In fact, when he’s involved in a conversation of three people, it becomes a conversation of two as he can’t contribute anything. However, if it’s just him and one more person, he turns out to be pretty social himself.

He may be a bit lazy and afraid of commitments, but he hates feeling useless above many things, so he will offer his help when he realizes that others truly depended on it. He can actually be a hard worker when he sets his mind to it and he loves to be praised.

Mahiro possesses a total of 26 Magic Circuits, 17 inborn and 9 from his Crest, and each Circuit can handle 20 units of Magical Energy. His family’s Sorcery Trait is “Mate Symbiosis”, which is partly a Psychic Ability. It allows them to share knowledge and abilities with their spouse after mating and conceiving a child, using them as catalyst. The child will inherit the knowledge and skills of both parents and pass them down to the next generation. In ancient times, the Gotou used to prearrange marriages in order to attain more powers, but this tradition ended five generations ago.

The Gotou Family used a specific type of Magecraft named Illusion. It focuses on altering the target’s perception of the world. It doesn’t give any offensive advantages but it gives many opportunities to outsmart and even use other people to his favor.

Mahiro can alter the mood of his target into many different states as long as he retains a certain amount of focus. However, if they possess some kind of mental shielding or strong magical resistance, these spells can be resisted.

He can also use a stealth type of spell called “Chameleon”. It isn’t the same as invisibility, as it only allows him to partially blend in his surroundings by casting a small transparent layer around him. He can be easily detected under the sunlight unless he’s perfectly still, but at night this spell makes him almost undetectable. It can cover a total of three people at once as long as they are very stuck at him.

A more complex spell he has at his disposition is “Mental Blast”, a combat adapted spell that affects the mind of his opponent directly, making them feel dizzy and disrupting their orientation senses for a few seconds. However, this spell isn’t properly developed. It has a side effect that causes Mahiro to suffer the same effects to a lesser degree.

His grandfather gave him a Mystic Code as a parting gift. A swinging watch named Hypnos Pendulum. It’s primary function is hypnotism. If the target makes eye contact with the watch, their consciousness is frozen and they are made susceptible to suggestions. They remain in that state even after stop looking at the watch, but any shock might wake them up from their trance.

The Hypnos Pendulum has also combat functions. The watch is complemented by two sharp blades surrounding it, and Mahiro can use it to attack his opponents as a pendulum, as it’s name suggests. However, it is quite hard for him to fight with this, as it offers no protection and it is also hard to hit a prepared enemy. The only usefulness it has for combat is in a surprise attack.

My life is boring, so I make up avatars of myself in other universes as some sort of escapism. I'm so lonely...

Retrieved from "https://typemoon.fandom.com/wiki/User:Garmagic?oldid=145193"
Community content is available under CC-BY-SA unless otherwise noted.