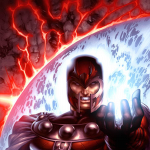 the the moment I'm creating a fan Death Battle Anakin Skywalker/Darth Vader vs. Artoria Pendragon/Saber. I would like to humbly ask for your support and help me by voting for which combatant you all want to see win.

So for those of you interested here is a link to the Death Battle Fanon wiki page that I'm creating.

Please feel free to vote for your favourite combatant or explore the rest of the wiki.

Hey Everyone, For those who respondes to this talk topic, I'd just like to say thanks for the votes on my Anakin vs Saber Page in Death Battle Fanon! From what I can see there's a lot of Anakin supporters, but no Saber supporters so far. No matter, I still continue to write the match.Palantian (talk) 17:00, June 27, 2015 (UTC)

Guys, bad news there is this Idiot Unknown 70.81.176.124, who is accusing us of Sock-puppeting. Vin, Hawk, Gath, Zahadrin, Sam and Nikonu I think we need to avoid conversations with one another for a while. Also can one of you guys try to straighten things out with this guy. Seriously, I can't get through to this freaking paranoid jerk.Palantian (talk) 12:07, March 1, 2015 (UTC)

Okay listen up everyone. I've just discovered that One of My Favourite animators Monty Oum just died on Feb 1 this year, just two days ago.

Now I'm going to be on a hiatus for a while to take a breather, to mourn, possibly even cry a lot!! So while I'm gone, nobody talk bad about me, nobody try to bad talk my blogs and Fanfict. That goes double for you three user 70.81.176.124, Oblivion One and Neverest1.

I'm gonna go seek some personal therapy, and maybe even take some medications. Cause seriously it was bad enough when Robin Williams died last year and now this other Godsent genius who I admire and aspire to be like is gone from this Earth. I don't think I can take anymore of my heroes, admired celebrities and overall "Life Examplars" Dying.

Cause seriously the three guys's I've mentioned have really got something against me.Palantian (talk) 16:26, February 3, 2015 (UTC)

Okay, relax I'll get the references. I just need to ask my sis ChroniclerV from where she got her info and Shawn Warrynn where he got his, and whether or not it is all confirmed by Type-Moon. Palantian (talk) 21:58, January 21, 2015 (UTC)

If you really want to talk quality, though, I could give you a very long lecture on why the fact that you gave Sir Kay, a minor character in Arthurian mythos, six Noble Phantasms, several of which are better than King Arthur's, immediatly makes it suspicious. I could talk about their names (Excaliburn, really? you thought nobody would notice what you did there?), the fact his holy sword is better than Excalibur (canonly stated by Nasu to be the best holy sword, period), or move on to his skills (Golden Rule? King Arthur didn't have that and he ruled a far greater kingdom than Kay did), or move on to his stats (which are fairly absurd and once again outstrip Arthur). 70.81.176.124 04:34, January 22, 2015 (UTC)

You pea brain, Palantian Wrote it so bright and clear that Caius managed to regain Excalibur from the Lady of the Lake to exact revenge on Morgan Le Fay. Once the guy, got the sword he probably kept it with him till the end of his Reign. Samever (talk) 05:41, January 22, 2015 (UTC)

Opinion on anything else not withstanding, Golden Rule has sweet F A to do with one's kingdom so much as one's wealth. Gilgamesh has it in connection with his armoury, Siegfried has it because of having Fafnir's treasure. So it's perfectly possible for Kay to have Golden Rule and not Arthur if he is known for accumulating wealth more than Arthur was. --Hawkeye2701 (talk) 06:10, January 22, 2015 (UTC)

King Arthur had extremely large treasuries in Camelot, and countless treasures with a worth that could not be easily translated into human currency (such as Clarent). If that didn't earn him (her) Golden Rule it's doubtful anything Sir Kay had could have. His legend has a lot of really cool and absurd stuff, but none of it is about his incredible wealth and how it was the greatest of Camelot and the Isles (which, overall, were extremely poor compared to their neighboors like Rome). 70.81.176.124 06:36, January 22, 2015 (UTC)

You twit just because, King Arthur had extremely large treasuries in Camelot, doesn't mean that she was the one who directly collected and attained the wealth herself. And since Kay in this senario is now the New King of England, his first aim was to expand the Boarders of the British Empire and Plunder Enemy nations. His instincts as a Raider would clearly drive him to seek the wealth of others to boost his own status and power, if not cripple his opponents financially.GathN7 (talk) 04:08, January 23, 2015 (UTC)

Forgive, him, he doen't understand a single thing I wrote on my Blog. That's why he need's us to explain to him. (Sign) Apparently, it also means that my blog is so poorly written.Palantian (talk) 04:37, January 23, 2015 (UTC)

Okay, that's quite enough, guys I appreciate you guys supporting and defending me, but You're all adding Fuel to a Fire, that should have never been lit in the first place.

Now I know that User: 70.81.176.124 has been very, well pushy and even "Bitchy" as my sister, CV just put it. But he has every rigt to question the validity, of what I've written. He is just concern that what I'm writing is all false material, and he's just getting a little impatient, cause he can't understand what I'm writing. So If we all could just help to explain it to him in a very calm and simple manner, i'm pretty sure he'll understand.Palantian (talk) 06:08, January 23, 2015 (UTC)

You realise that this guy wants you to even get info all the way from TM itself, From Nasu Himself. You say you live, Singapore right. Are you tell us your willing to go all the way to Japan, to try and meet a famous Japanese Game developer, Lignt Novelist and Visual Novel writer and creator, just to prove the material is their's? GathN7 (talk) 06:16, January 23, 2015 (UTC)

Well it would be a very good excuse, to go see Japan.

Palantian, friend, brother, misguided blogger. I've surf the web checked all the related and best website, and found nothing, I think this will end up leading you failling to prove your point. Just remove the parts in your blog saying it is TM material, and switch to say it is yours. I found nothing! If they were making something, It should have been on the web by now.GathN7 (talk) 14:49, January 23, 2015 (UTC)

Then I'll just try to go to Japan and get a meeting with the people at TM, and ask them a couple of things.

Boy, you have lost your mind. Good luck But I say you'll achieve nothing. Except, probably immerse youself in the Japanese culture, and enjoy some serious, tourism here in the Land of the Rising Sun. If your ever in Tokyo pls comment on your blog. GathN7 (talk) 15:41, January 23, 2015 (UTC)

Of Course I knew about it. I'm Just mad that they did a repeat of a route that was already animated. And by another company. They could have used he resources for something else. Better yet, they could also flip it and make a HF anime series, and then a Movie with a completely unique route. But Nooo...They just decided to make an anime based on the same plot of a route that was already made into a movie.Palantian (talk) 12:26, May 13, 2015 (UTC)

And the fact that they created this stupid pointless hype, is just pissing me off. I mean I was getting excited over nothing. If the had done like a twist to the plot and maybe make it a blend of the UBW route with one of the other two routes, then maybe I'd be cool with it. But seeing as it is, that it is going to be the same damn mediocre plot. Argh, let's Just forget it the Freaking damage is done. I'm more focus on Fate/Strange Fake now. I don't give a damn about the animes or films anymore.Palantian (talk) 12:29, May 13, 2015 (UTC)

As I have asked, do not make multiple blogs for your story. I don't care what you do on that page, but this cannot be your personal lore repository with one hundred pages. If you want to write it, I would suggest simply making a wiki. It looks to take about ten seconds. EGGS (talk) 08:23, May 30, 2015 (UTC)

Dude I create those blogs because there to much info to be put into just one blog. Could you just stop simply deleting all my blogs. Especially since I haven't saved any of my material dammit.Palantian (talk) 08:42, May 30, 2015 (UTC)

Then please simply create a wiki of your own. The blog section is not to be used as a sub-wiki. You can still find your content simply by looking in the history of the redirects. EGGS (talk) 09:01, May 30, 2015 (UTC)

Oh yeah, great excuse, but news flash some of us don't have the luxury of Making and maintaining an online Wiki like you did and become its admin. This is the exect reason why I'm just using the Blog Posts. Palantian (talk) 13:10, May 30, 2015 (UTC)

No he's saying that he can't handle the pressure of the Admin position EGGS. Also Shawn and Sam have actually made a Wiki

Retrieved from "https://typemoon.fandom.com/wiki/User_talk:Palantian?oldid=70528"
Community content is available under CC-BY-SA unless otherwise noted.